Hit enter to search or ESC to close

The formation of the enamels collection was based upon an understanding of the significance of enamelling in global rather than parochial terms. With over 1,300 pieces, it seeks to explore this unique art form with a wider scope. As a subject of study, enamel has generally been examined with a particular focus – its history in a certain country or geographical zone, its flowering during a specific era, or as a technique – either in practical manuals or in scientific papers that seek to analyse in exacting technical terms what craftsmen in the past had achieved in an empirical, and perhaps haphazard, way. This collection provides the opportunity to compare enamelling between defined geographical areas. Although each location is examined in isolation, with reference to technique and style, it soon becomes evident that external influences are a constant element in the evolving story, and that the wider spectrum of the times is reflected in their detailed histories.

This collection provides the opportunity to consider the subject of enamelling within the context of defined geographical areas. Representing different periods within the three hundred years covered by the collection, the character and activity of firms such as Jean George Rémond, Carl Fabergé and Cartier, though largely shaped by the genius of their directors, were also formed by the era in which they flourished: thus the wider spectrum of the times is reflected in their detailed histories.

‘Enamels of the World 1700–2000’ is a collection without parallel and, like Shakespeare’s Cleopatra, of “infinite variety”. It is hoped that the selection presented here will be informative and a source of pleasure for the visitor, and further, that it will encourage a more enlightened appreciation of an art form that has for some time been unjustifiably neglected.

Click here for more information about upcoming and past exhibitions 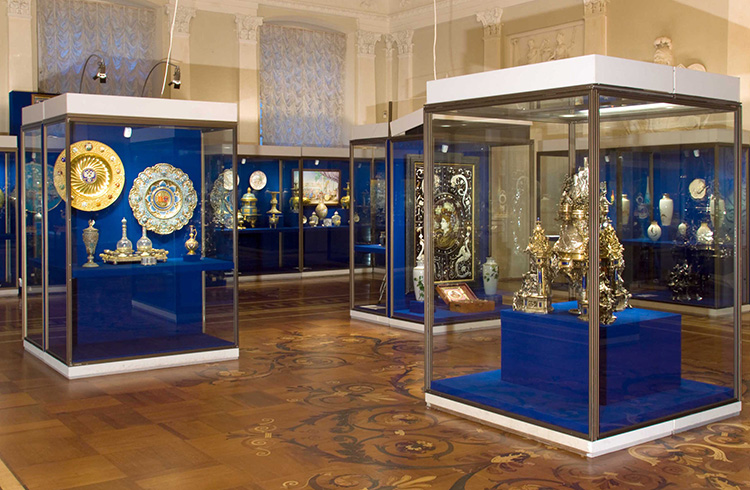 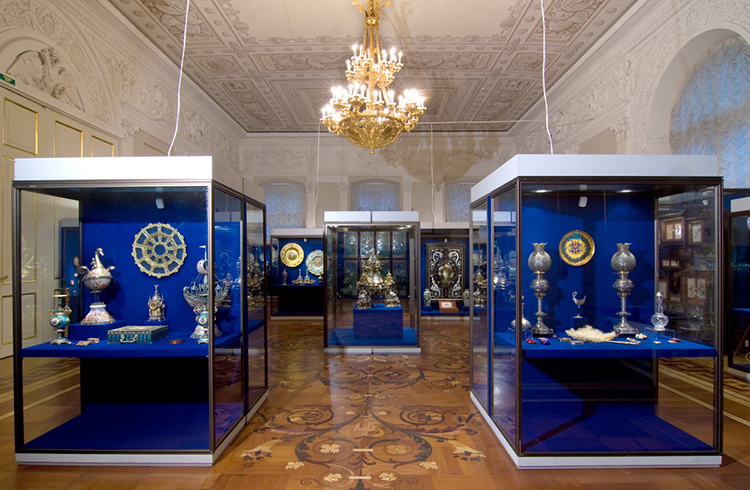 Enamels of the World Publications available from www.khalilicollections.org

This volume presents over 300 pieces from the ‘Enamels of the World 1700–2000’ collection, the most comprehensive private collection known dedicated to this unique art form. The survey starts with an account of the evolution and refinement of the different enamelling techniques. Thereafter, it studies the subject thematically, considering the impact of patronage and travel, as well as the role of nationalism in the development of historical revivalism. The enamelwork of China, Japan, the islamic lands and Europe is examined both in terms of local development and the assimilation of foreign influence. The history of three firms is reviewed in greater focus – Jean George Rémond, Fabergé and Cartier. Representing different periods within the 300 years covered by the Collection, the character of these firms, though largely shaped by the genius of their directors, was also formed by the era in which they flourished. Whether looking at the subject in general or in detail, the reader is presented with an illuminating display of the great technical skill and creative ingenuity of the enamellers of the world.